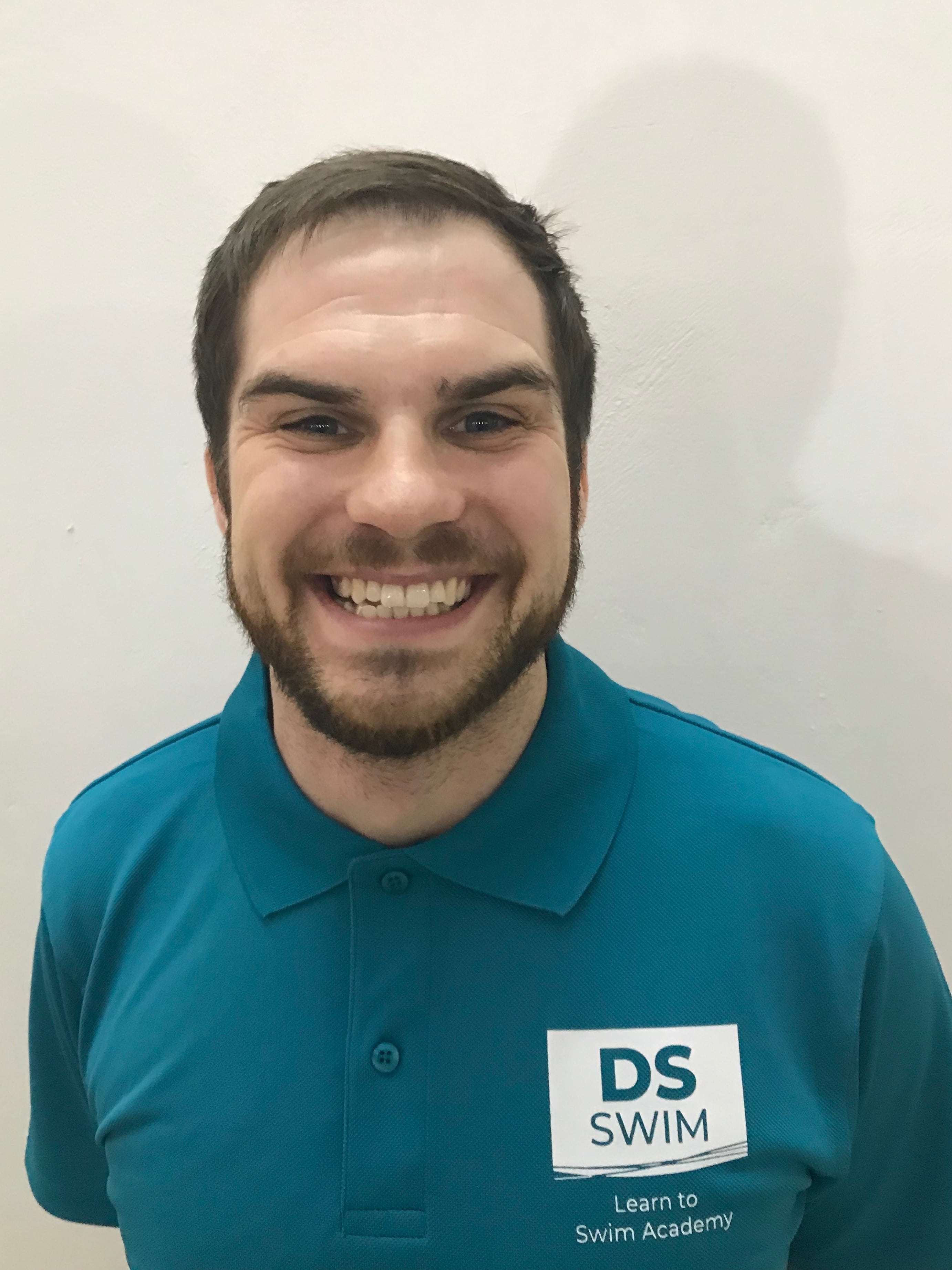 Jake has more than 10 years’ experience teaching and coaching swimming at all levels, from babies to international swimmers! He joined the DS team in January 2019, and was appointed to the position of Learn to Swim Coordinator in January 2020. Below is a little more about Jake, in his own words:

​
“Hi! I have always loved to swim, ever since I was a child. As a boy I used to swim for Chesterfield Swimming Club. I used to swim to regional standard myself which I enjoyed and thrived being in the swimming environment. At the age of 14 I started helping with Chesterfield’s learn to swim programme I enjoyed it that much I gained my ASA helpers award and started assisting with the teachers in there programme. By the time I was 15 I started taking small groups of children under their teachers supervision to teach and enhance their learning in the pool. When I was 16 I completed my ASA Level One Teachers award and started teaching my own groups for Chesterfield. I also started to assist coaches and started to implement my teaching skills and enhance my coaching skills which saw me gain fast tracking to my ASA Level Two Coaches award and become Head Age Group Coach at Chesterfield SC. Whilst at chesterfield I taught many swimmers from parent and toddler through to adult learn to swim and adult classes. As a coach I coached swimmers that gained regional medals and finals I also coached swimmers that gained national times, finals and medals. I have coached swimmers that still compete for Great Britain (as of 2019). I left in the summer of 2012 to coach in America where I coached a multiple of sports from ages 3-14. During my coaching I gained a NVQ Level two in Sport and Recreation, from there I completed a two year BTec National Diploma in Sport Performance and Excellence. In September 2012 I embarked upon a 3 year course of which I have graduated from Leeds Beckett University with a BA Honours Degree in Physical Education. After finishing my degree in 2016 I swiftly moved to work for Sport for Life, Shanghai, China and began my career as a swimming teacher and multi sports coach, where I stayed for a year teaching parent and babies classes through to swimmers who competed in the Asian games. I started their first ever competitive swim team and expanded their swim programme which saw them have their highest ever numbers.”